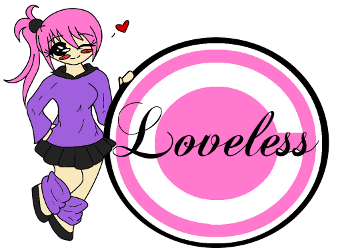 C Loveless is no longer a mature roleplaying site. We focus on the community that we have and our love of writing.

» I liked to tease you. For Meki

» Clash of the Classes

» Who is 'Superior'? (For Technicolor)

» Al does the guitar thing again.

» Hey look I drew something

Clash of the Classes

Clash of the Classes

Typical teenage romance story where two opposite people are thrown together to find an unwelcome friendship and love blossoming. Of course should lead to a more age restricted scenes will be time skipped over to keep in with TOS rules

Didn't I sound all grown up and rule abiding

Selena Richards, Selena is a quiet isolated person at school with few 'friends' and even those who are her friends know little about her. She transferred to the school a year ago and made little effort to try and make friends seeming happy in her isolation. She is seventeen, though little short for her age and quite small in stature so she looks younger, her hair is black and falls in slight curls down her back, eyes a soft green and features small and delicate. Her clothes tend to be subtle, dark in colouring but just plain, such as dark jeans and plain black tee so she doesn't fit into a typical stereotype. Selena comes from a rich family, her mother died when she was six and her father threw himself more into his work to the extent that Selena could go almost a month without even seeing him. Her older brother, Marcus, basically raised her from then on until he left and she was left alone. Selena used to be a typical cheerleader, spoilt rich brat in her old school surrounded by friends and shallow about her looks, happy sitting in a mall but then there was an incident between her and her boyfriend and a fight with a friend resulted in many rumours being started and the social domino's of her life started to crash around her. With all of her friends turning from her and spreading untrue rumours about her she begged her father to move across the country and let her change schools, which he agreed as it was not like he ever really came home anyway. So starting at a new school Selena was reluctant to get close to anyone and definitely was not going to fall into her shallow ways of before, she still looked beautiful she just no longer flaunted it instead dressed in subtle tones and sat quietly in the background. No one even realises how rich she is because no one has ever been to her house. Selena is dreadfully lonely as she has no one, her father disowned her brother and banned him from ever coming to the house after he announced he was gay so Selena can only talk to him over the phone, her father is always away on business trips and she only ever sees the maid every now and then and she is scared that talking to Selena might cost her job so there is really no one in Selena's life.

Thomas Johnson, Tom, is a seventeen-year-old jock striving for popularity. He is a well built man, tall with defined muscles, strong angular features and a tousled blonde head of hair; his eyes a deep blue. Tom is a sports superstar which is where is popularity stems from, he has a cocky personality and generally likes to show off with his group of friends. Tom comes from a middle class sort of family, his father works hard but not at an incredible high income based job so generally Tom's family don't have too much but he never lets on about that. His mother is sick and he has three younger siblings under the age of 10 so his house tends to be a hectic place of running screaming children so on his mother's bad days he is left alone after school to deal with his brothers and sister but he never lets on about any of that to the people that know him. Tom likes his sports but he has other interests in reading but he does not show that side off at school and does not have a lot of personal time, as well his father pushes him to succeed in his sports talent for hope of it leading to going to college.

A project has been assigned in English where, in pairs, they must read a classic book of their choosing and then a modern book of similar genre then compare the classic and modern similarities and differences, creating a presentation. The teacher is the one who chooses the pairs and Selena and Tom end up together much to both of their dismays as Selena assumes he'll be the typical jock and do no work and Tom does not particularly wish to be paired with some quiet outcast and rather one of his popular group. They are both reluctant to work together and even more reluctant to go to either ones house. As the project progresses though bits of their lives start to spill through and they find the other not to be at all what they expected. Of course the more time Selena spends with Tom the more his friends start to notice which brings Selena to their conversation and jokes which brings back bad memories for her so she must struggle against the desire to be near Tom and the fear of people while Tom must struggle with his desire to be with Selena and the possibility that hanging out with her could dent his popularity that he strives for.

My Other Me
Full Name: Nixie Lacus
Age: 21
Character Background: Nixie was raised for one purpose, to be a killer. She is by trade an assassin it was what her father raised her for and she obeyed blindly but with so much death on her conscious Nixie feels so much guilt and anguish, wondering if everyone goes through this in life, how people cope that is when she starts to see how mislead she has been and wonders what is out in the world other then death.